So the last season’s champions are still searching for a win. Bengaluru FC has played two matches this season one against North East FC and the other against Goa. And the thing to worry bout Bengaluru fans is that Chhetri still hasn’t scored a goal. So fans would be expecting some fire from him today.

On the other hand, Jamshedpur has won both of their matches. So there is quite a contrast between these two teams. Now lets’ get into the fantasy football predictions for your Dream11, Howzat, and MyTeam11 fantasy teams.

The match will be played on November 3, 2019, Sunday. It will start at 7:30 PM at JRD Tata Sports Complex, Jamshedpur.

My Fantasy football team for BFC vs JFC: 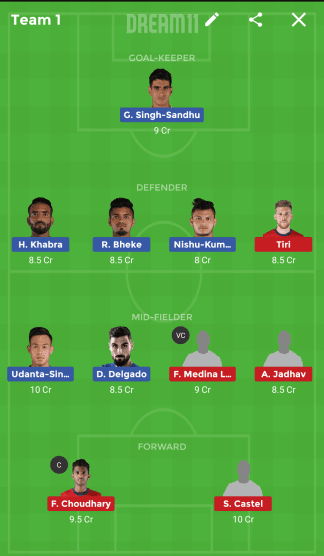 How to Get FREE Referrals From CashMentis