Bengaluru FC is one of the strongest teams in the Hero ISL. They proved it when they won the title last year. But their unbeaten run came to an end when they lost to Mumbai City in their last match. It clearly seemed the Chhettri team was outplayed on almost on all the departments and faced  lost even after the captain scored a goal. Although they are coming into the match after a loss they will keep their head high as the team with only 1 loss owning the third place in the table.

“Last year we were champions, but we lost an important player (Miku),” the BFC head coach said. “We have been unlucky about the situation now. Ashique (Kuruniyan) is with 0 assists and 0 goals and Udanta (Singh) only one goal. So, of course, we have problems that way but at the same time we work in a way where they help us defensively.”

But their opponent Northeast United is not a push over either. They have also only faced 1 defeat in their run of 7 matches. They will have more pressure as they haven’t won in their last 3 matches and also got their important striker  Asamoah Gyan injured.

“It was very bad for us. That was the worst match we played. We never played so badly before. We have to forget that day and continue working hard,” NorthEast coach Robert Jarni said.

Top Picks for BFC vs NUFC:

From BFC:
From NUFC: 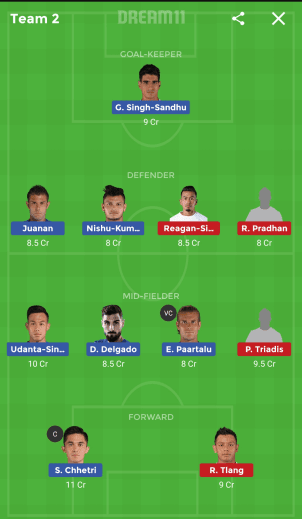 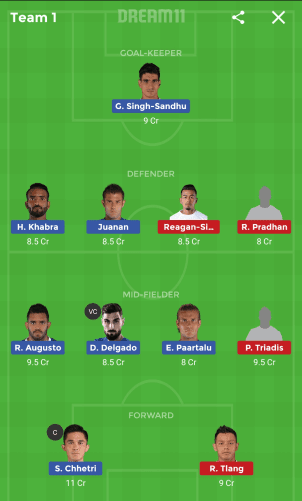